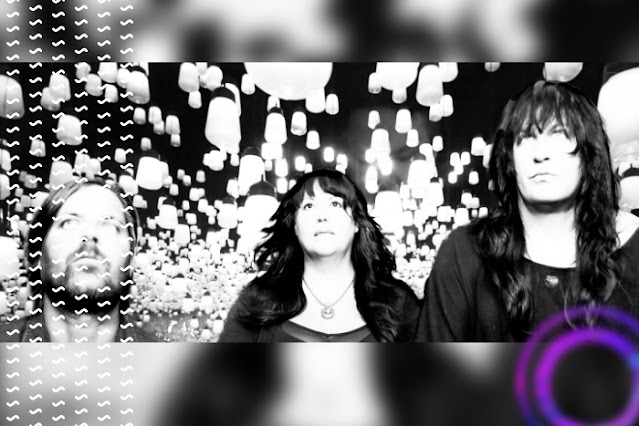 The North Carolina-based Spirit System released their second album called Whatevermind, and it includes a very energetic and catchy take on the noisy, dreamy rock. The album was inspired by, as they state on their Facebook account, "pandemic daydreams, birdwatching, astral projection, melancholia, extraterrestrial summer crushes, cats napping, hauntings of the 90s, sunset driving, a snapshot of liminal spaces" and makes a great and airy summary of the last two years.
The band consists of "cozy, stoned, herbal tea drinking, cat loving, late sleepers", what not to love? Their music is less sleepy though, quite the opposite, except for the very dreamy vocals from Laurie Ruroden, there's a lot of lively guitars with very shoegazey moments, appropriate reverbs and instrumental haze, as well as pace-setting drums. The male vocals, on the other hand, add some coldwave/post-punk vibes to the picture, but even those don't obscure the main nature of this music: it's just absolutely immersive and downward atmospheric and the best proof for that is Lavender with it's mesmerizing and airy finish. This is a kind of music that is both atmospheric and pop-like catchy and I appreciate it. Especially when it comes to the loud and satisfying guitar fragments as it is the case in Effrayant for example.
Whatevermind costs 10 USD. 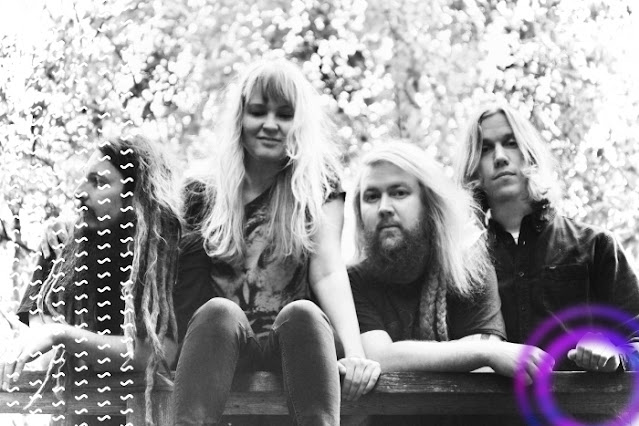 There's some dreamy/shoegaze projects from Finland I really enjoy and now, after the likes of Radio Supernova and Mumrunner, it's time for the quartet called Horte. The band released their third album Maa antaa yön vaientaa via Pelagic Records this summer and there's no reason not to try it if you are an ethereal music fan.
The album's title, as far as I understand, translates roughly to "The earth lets the night shut (itself?) down", referring to the darker but also calmer take on the dreamy music they go with. There's not so much of traditional guitar noise here, the airy vibes come mostly from the atmospheric vocals singing in Finnish (it's always something that in my mind adds to the mystery and attractiveness of foreign music) while music is something that borders slowcore-like indie rock or trip-hop with the way it draws from electronica-influenced backgrounds and experimental add-ons. This concoction makes it feel not only very fresh but also extremely artsy, you can see that the musicians must know well what they do.
In this view, Kun joki haihtuu is a special track, the first that shows the louder, the noisier side of the project, the one that is soaked with the unnerving but also exciting atmosphere. Together with Väisty tieltä they create a satisfying and very shoegaze-like finish, which only proves there's little the band can't carry out.
Maa antaa yön vaientaa costs whatever you want to pay. 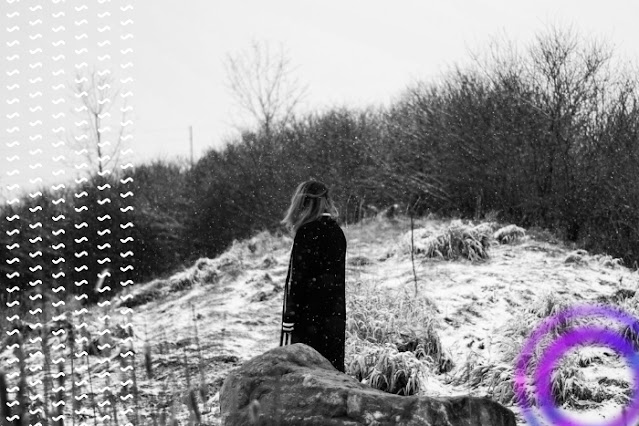 There are artists who produce a lot of albums (and for me, it means more than one a year) and they are all absolutely of the same, high quality. In those cases, I can't really post about all of them, but sometimes you have no choice. The Canada's Unreqvited is one of those projects. They released great albums Mosaic II: la déteste et la détresse and Empathica last year alone and are back with another brilliant thing called Beautiful Ghosts.
There's no mistake in that they call their music "depressive & uplifting" nor that the album's title refers to both the aesthetically pleasing and the mysterious. The artist's signature sound goes together with what is often referred to as blackgaze: the rapid flow of metal music that is being made more accessible by electronica and synth's use. And then there are also sacral-like, very airy backing vocals (so beautiful in Autumn & Everley), drones and neoclassical instruments (so epic in Cherish). One would say that this is this kind of stuff that is surely meant to get lost within metal music, but Unreqvited manages to somehow keep alive both faces of his music: the metal is loud, the ethereal parts are beautiful. Beautiful ghosts. And it's especially well-audible in tracks like Funeral Pyre with all its diversity.
It also very much fits the theme of the release, love, although, as the album's Bandcamp description points, "pop music basically has one universal topic: love, which is probably the very reason why metal bands generally shy away from that subject like the plague". If that's true, Beautiful Ghosts does such a great job to sound like the poppest black metal music ever. That said, it seems that it's not really what the artist wants to be the only sound of their project, as they state on Facebook, "Beautiful Ghosts isn’t necessarily indicative of where the music is going moving forward, in fact, the next thing i’m working on (for a spilt ep) will be the complete opposite". I presume there's gonna be some blacker music soon coming from this direction.
Beautiful Ghosts costs 6.99 USD.
Unreqvited - Mosaic II: la déteste et la détresse (2020) EN 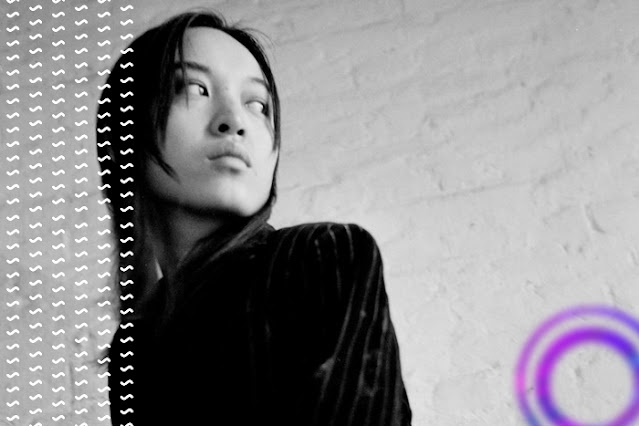 Born in China but residing in Berlin, Pan Daijing creates unique electronic and industrial music that on her new album Jade evolved into intimate and touching poetry performance as if she was standing right next to the listener and showing her heart.
After her debut solo album, the 2017 Lack, "Daijing has expanded her operatic vision into a series of major commissioned exhibition-performances" that involved big cultural institutions and epic-proportion compositions that included, for example, "full casts of opera singers and dancers". The new album was meant to be an antidote for this, a way for the artist to look inwards and produce more intimate music. It worked like charm, the electronica here is experimental enough to catch attention without overwhelming the audience, while the ambient pop vocals make it the subtlest, the most intimate poetry. Her voice, even though it's usually very quiet, sounds powerful both when put on top of delicate ambient or on harsh industrial noise. Not to mention the moment when it turns into opera-like madness in my favourite Metal.
Jade 玉观音  costs 7.5 EUR. 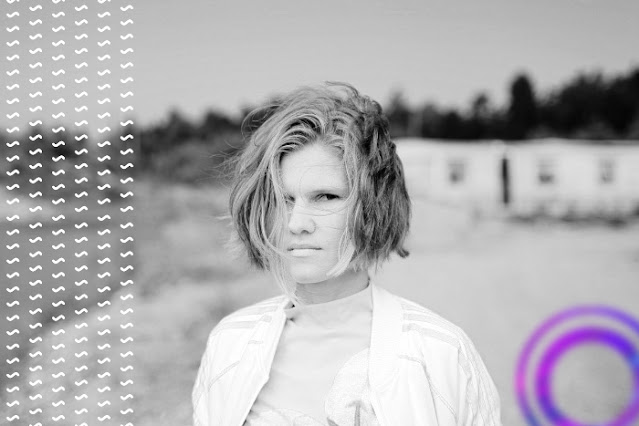 The Estonian experimental musician Maarja Nuut, who I posted about when she released folky album World Inverted in 2020, clearly found the pandemic times very inspiring: after another album last year, she's back with a new one called Hinged.
The release revolves around the notion of generations and how many things, including physical belongings, are passed over time from the older to the younger ones. On her Bandcamp page, the artist describes her stay in her grandmother's farm that resulted in such a theme for thoughts and later for the album. The material came from sessions Nuut spent on "wiring modulars, experimenting with [her] voice, and strumming old vermona organ" and the results are very experimental, form-free, opened for anything. While the music experimentation leaves me confused more times than not, I really enjoy how the artist try new things with her voice, which results in mesmerizing and airy passages like in A Feast for instance.
And again, she's not alone. This time, Nuut joins forces with Nicolas Stocker, a Swiss jazzy artist who is very keen on free improvisation music - and although he is responsible only for drums in some of the songs here, you could say that it might have influenced the overall very experimental ambiance of the album.
Hinged costs 8 EUR. 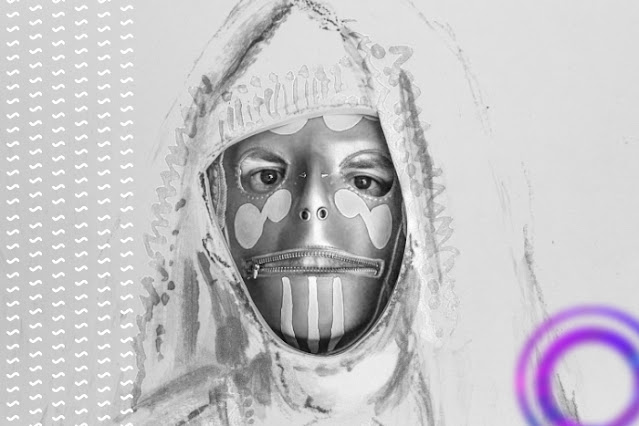 Folk-oriented but very modern lo-fi industrial music from the East corners of Poland, this is Adam Piętak and his music project that got recognized thanks to 2020's ODRAPDORAP and now is being pushed further towards the weird and mesmerizing world of Piętak's uniqueness due to the new album called Żałosne ("Lamentable").
Unlikeon the previous release, there's very small amounts of vocals here. Perhaps the new brand outfit with the BDSM/folk-inspired mask (yes, it's possible!) makes it particularly difficult to sing or Piętak just decided to draw special attention to something else this time. But when they show, in Sitarenka ("A Sievemaker Girl"), they are still his signature asset: somewhat spoken, somewhat shouted out, a bit metal-like, very lo-fi and mixing the folk leitmotif with Weltschmerz-induced, super unnerving lyrics. And yes, the folk roots are strong as always - the whole album's theme revolves around sitarstwo, the art of creating sieves, apparently popular back in the day in Piętak's hometown of Biłgoraj. But, as always in folk music, this is only an excuse to introduce the real theme of the album, as the artist states it, "Żałosne is an album about parting/splitting-up and the grief that comes with it". No wonder that the main message I took from those tracks is "everything is horrible!".
Further into the album, it turns out to be purely instrumental. The tone clearly sounds like it was supposed to: it's a lament of a hurt soul. And Piętak does a really good job in creating this industrial, post-apocalyptic and very, very sad atmosphere while adding folk instruments into the mix. I have no clue about those, I can't describe or name what is being used here, but you can hardly come across such a combination, very often bordering ambient/drone confusing soundscapes, that's for sure.
Żałosne costs 3.5 EUR (15 PLN).
Królówczana Smuga - ODRAPDORAP (2020)
Check: Gorzki baź
Country: Poland
Genre: industrial folk
Label: Requiem Records 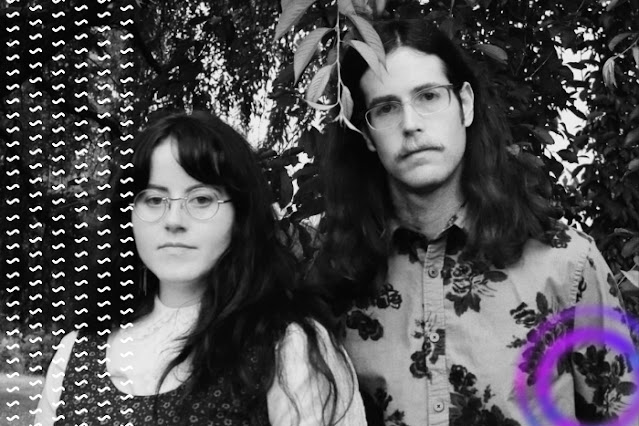 Ian Hilvert and Ivory Snow are a married couple and also a band, their beautiful and dreamy music was already posted about here two years ago when the Ohio-based artists released their debut album. It has to be said that while the debut was brilliant, the follow-up in the form of this year's album called This Dream is nothing short of equally good.
The release title says everything about the music here. The album is opened with a subtle but touching intro that makes the second part of Look Away and its guitar sounds even more emphatic. But in general, the album is more about airy melodies than loud bursts, more about the ethereal laziness than anything rapid and uncomfortable. Even if the lyrics do point to some intriguingly uneasy topics, the music, its catchiness and dreamy atmosphere soothes them down. That said, my favourite Body in the Mirror is quite unnerving in the way it reminds us of the tiring burdens of existence while presenting also a frustratingly catchy tune. I think the album's last but one track's title, Strength in Softness, may be very much a meta-commentary to the artists' whole approach to music.
As before, the concept of their music revolves around Hilvert and Snow's vocals being in a form of a musical dialogue. Snow sounds sometimes like a true dreamy vocalist should, sometimes goes more into the lazy-like manner of Holy Motors' Eliann Tulve and this is a considerable compliment from my side. Oh, and don't forget - sungazing is something you can do only metaphorically unless you have special equipment to do so.
This Dream costs 7 USD.
Sungaze - Light in All of It (2019)

Check: Body in the Mirror
Country: Ohio, US
Genre: dreamgaze

Folk-oriented but very modern lo-fi industrial music from the East corners of Poland, this is Adam Piętak and his music project that got re...