:Łabandzi Śpiew Magazine: The Reality Is Not One-Sided - an interview with Rev Rev Rev EN 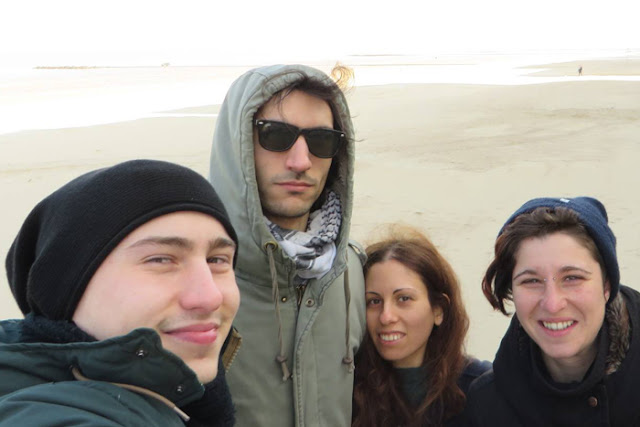 One of the best shoegaze albums of 2016 came out in sunny (and apparently also foggy) Italy. The dreamy music with trembling flowers in the spotlight was created by lovely people of Rev Rev Rev. I could ask Laura and Sebastian some questions and I learned that even bands themselves may not know what their name means, how many sides reality has (at least two) and who is to blame for the wonderful "Blame". Grazie, Rev Rev Rev!

ŁŚ: I have to ask about your name. First I thought it’s from “rewind” like it was written on cassette players in the past but then I realized it should be written with “w” (although rewinding the history of music to get back to the shoegaze nineties made some sense with you). So, how is it with “Rev Rev Rev”?
RRR: Many legends circulate about it. Some say it's because of “rev rev rev”, an English expression meaning to hit the gas and raise the engine speed. Others put their focus on reverse reverb, an effect that we use in copious amounts, and ascribe the third Rev to the French word "rève", meaning “dream”. Your hypothesis about the "rew" button is cool too: after all, cassettes have played a major role in shoegaze history. Only one thing we can state for sure: we are not Reverends.

What do you find so appealing in shoegaze? Why do you play it?
We live in a very foggy area and we've always liked fog... Maybe it's the same mechanism that makes us love blurry and magmatic sounds, a wall of sound where you can't identify single elements and just hear the whole.
Also, we've always been into tone more than rhythm, melody or harmony and some shoegaze albums (one for all is "Loveless") have forever changed the way people approach to tone: who would have imagined an album could sound like that? It's the noise of dreams...

You’ve recently appeared on The Blog That Celebrates Itself’s album “All Our Pretty Songs” with new version of Nirvana’s “Nevermind” played by various bands. You perform “Lithium”, a song about some really lonely guy who lost it and ends up really crazy. Why did you chose this track? Is Nirvana that important to you?
When we choose a song to cover, we imagine how we could change it and how it would sound played our way. In this case we had two ideas related to two sides of us: one was to make a dreamy version, like if the guy of the lyrics was escaping and attempting to keep on and tell himself everything's okay; and the other one was to make a dark version, awash in a huge amount of feedback representing the takeover of his madness. We eventually chose to do both... After all, reality is not one-sided.
As a band, actually we're not particularly influenced by them, but Nirvana are definitely an essential band - who could deny it? - and all of us have listened to them.

Who are your inspirations then? Are they only shoegaze legends like MBV and RIDE or you don’t stick to one genre?
Definitely shoegaze legends (mainly My Bloody Valentine) have influenced us a lot, along with The Jesus and Mary Chain and The Velvet Underground and Mazzy Star; we also love the psych scene, starting from the milestones Spacemen 3, Loop, The Brian Jonestown Massacre... But we listen to a wide range of music and all of it somehow inspires us, from Debussy to The Stooges.

I found “Des fleurs magiques bourdonnaient” one of the best albums of 2016 and I wasn’t the only one to do so (Shoegazer Alive appreciated it as well). How do you create such a good album? Did it take long or was it more a spontaneous thing?
Thanks a lot! Well, I (Sebastian) was in a rough period when I started crafting these songs, and I'd like to believe that fuzzy music was a sort of therapy. I was very keen on adding Indian tanpura drones, using certain guitar tunings where the interaction between strings produce hypnotic rapture, and staying very minimal with structure. It didn't take much time, at rehearsals we arranged the songs together very quickly, but it was like ripping what we had sown in the previous months of touring and rehearsals. The four of us had developed our own language, and we can say this album actually represents us.
I would like to mention also the sound engineers, Alessio Pindinelli and Fabio Galeone from Wax Studio, who are really great guys and made an awesome work with us.

The title comes from Arthur Rimbaud’s poem from "Illuminations" anthology. What does it mean to you?
We found this poem somehow resonating with what we were doing. Its dream-like, hallucinatory poetry is a fuzzy voice from the subconscious. Quite much a shoegaze thing, isn't it? Also, in our modest way we plunged into the language of Myth and in terms of song structure we looked for essentiality. Finally, "Illuminations" are made up of self-contained idylls, like our album, where each song is quite apart from the others.

My favourite song from “Des fleurs…” is “Blame”. The lyrics are pretty heavy, was it inspired by real events? How was it created?
I (Laura) remember that “Blame” was one of the first songs of the album to be created. We had played for the first time the main parts at rehearsals on one evening, and the day after I composed the lyrics. I usually try to imagine what kind of mood or situation the music reminds me of... It was not inspired by real events, it was just a tough period for me. It's about someone seeing and feeling terrifying, insane visions, and he knows it's all in his head but can't stop thinking and feeling those things, so besides being scared he also blames himself for this.

What are your plans for 2017? Are you planning a European tour perhaps?
We would like to play live as much as possible. In 2016 we played UK, France, Belgium, Italy, Switzerland and Austria; now we are in talks for some gigs in Sicily and probably we're going to play once more France and Switzerland in April; but it would be great to play in other areas too.

The Montreal-based Yoo Doo Right were one of the biggest gigs during this year's dunk!festival. Live they present a loud and exciting vo... 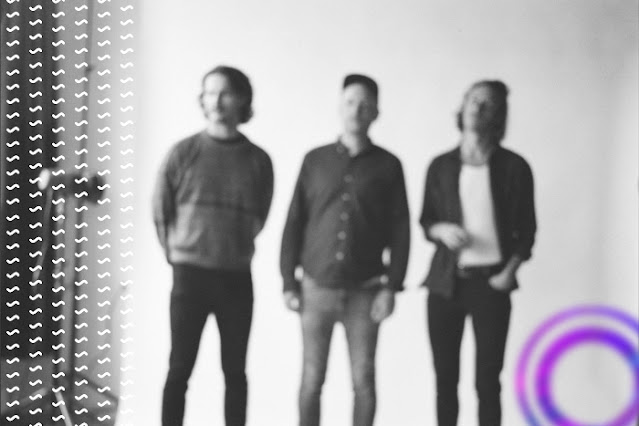